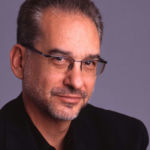 Why Is Randy Barnett Influential?

Areas of Specialization: Jurisprudence, Constitutional Law, Contract Theory
Randy Barnett is the Carmack Waterhouse Professor of Legal Theory at Georgetown University. He earned his B.A. from Northwestern University and his J.D. from Harvard Law School. He is a noted scholar in constitutional law and jurisprudence.

A self-professed libertarian, Barnett is a proponent of liberal interpretations of justice. Specifically, he holds the opinion that the federal courts must vigorously defend the personal liberties of private citizens, as a check on overreach by the executive and legislative branches. He has argued cases before the Supreme Court, perhaps most notably Gonzalez v. Raich (a medical marijuana) and NFIB v. Sebelius (a case against the Affordable Care Act). He has published numerous significant works regarding constitutional law, including his most recent book, An Introduction to Constitutional Law: 100 Supreme Court Cases Everyone Should Know, which he wrote with colleague Josh Blackman.

Barnett has also championed a Repeal Amendment to be added to the Constitution of the United States, which would allow states to repeal any federal law with the buy-in of 3/4 of the states. He has authored the Bill of Federalism, which proposed ten amendments to the constitution establishing term limits for members of Congress, disallowing federal income taxes, and a presidential line-item veto for the federal budget, among others.

According to Wikipedia, Randy Evan Barnett is an American legal scholar and lawyer. He serves as the Patrick Hotung Professor of Constitutional Law at Georgetown University, where he teaches constitutional law and contracts, and is the director of the Georgetown Center for the Constitution. After graduating from Northwestern University and Harvard Law School, he tried many felony cases as a prosecutor in the Cook County States’ Attorney's Office in Chicago. A recipient of a Guggenheim Fellowship in Constitutional Studies and the Bradley Prize, Barnett has been a visiting professor at Penn, Northwestern and Harvard Law School.

Other Resources About Randy Barnett

What Schools Are Affiliated With Randy Barnett?

Randy Barnett is affiliated with the following schools: