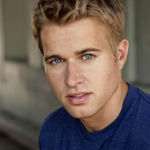 Why Is Randy Wayne Influential?

According to Wikipedia, Randy Wayne Frederick is an American actor. Life and career Wayne was born and raised in Moore, Oklahoma. He attended Moore High School and Campbellsville University. He appeared on the 2002 season of the British reality show Shipwrecked, which led to guest appearances on the television shows The Closer, Huff, NCIS, Jack & Bobby, and Numbers as well as a series regular role as the not-so-bright teenager Jeff Fenton on the 2006 ABC sitcom Sons & Daughters. In 2006, Wayne starred as Robbie Zirpollo in the movie The Surfer King.

Other Resources About Randy Wayne

What Schools Are Affiliated With Randy Wayne?

Randy Wayne is affiliated with the following schools: