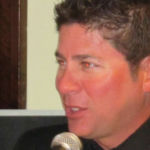 Why Is Raymond Arrieta Influential?

According to Wikipedia, Raymond Arrieta is a Puerto Rican actor, comedian, host and philanthropist. Starting his career as a comedian in various local shows, Arrieta gained popularity in the 1990s when he hosted a string of successful comedy shows where he showcased his various characters and personifications. Since 2007, Arrieta has been hosting the mid-day variety show Día a Día, along with Dagmar. Arrieta is also a radio show host and a theater actor.

Other Resources About Raymond Arrieta

What Schools Are Affiliated With Raymond Arrieta?

Raymond Arrieta is affiliated with the following schools: