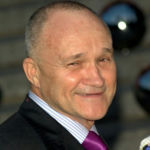 Why Is Raymond Kelly Influential?

According to Wikipedia, Raymond Walter Kelly is the longest serving Commissioner in the history of the New York City Police Department and the first man to hold the post for two non-consecutive tenures. According to its website, Kelly — a lifelong New Yorker—had spent 45 years in the NYPD, serving in 25 different commands and as Police Commissioner from 1992 to 1994 and again from 2002 until 2013. Kelly was the first man to rise from Police Cadet to Police Commissioner, holding all of the department's ranks, except for Three-Star Bureau Chief, Chief of Department and Deputy Commissioner, having been promoted directly from Two-Star Chief to First Deputy Commissioner in 1990. After his handling of the World Trade Center bombing in 1993, he was mentioned for the first time as a possible candidate for FBI Director. After Kelly turned down the position, Louis Freeh was appointed.

Other Resources About Raymond Kelly

What Schools Are Affiliated With Raymond Kelly?

Raymond Kelly is affiliated with the following schools: