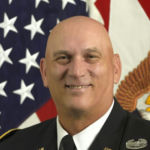 Why Is Raymond T. Odierno Influential?

According to Wikipedia, Raymond Thomas Odierno was an American military officer who served as a four-star general of the United States Army and as the 38th chief of staff of the Army. Prior to his service as chief of staff, Odierno commanded United States Joint Forces Command from October 2010 until its disestablishment in August 2011. He served as Commanding General, United States Forces – Iraq and its predecessor, Multi-National Force – Iraq, from September 2008 through September 2010.

Other Resources About Raymond T. Odierno

What Schools Are Affiliated With Raymond T. Odierno?

Raymond T. Odierno is affiliated with the following schools: