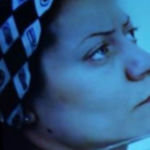 Why Is Razan Zaitouneh Influential?

According to Wikipedia, Razan Zaitouneh is a Syrian human rights lawyer and civil society activist. Actively involved in the Syrian uprising, she went into hiding after being accused by the government of being a foreign agent and her husband was arrested. Zaitouneh has documented human rights in Syria for the Local Coordination Committees of Syria. Zaitouneh was kidnapped on 9 December 2013, most likely by Jaysh al-Islam. Her fate remains unknown. It is suspected that she has been killed.

Other Resources About Razan Zaitouneh