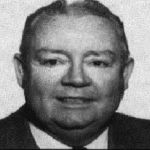 Why Is Reed Green Influential?

According to Wikipedia, Bernard Reed Green was an American football, basketball, and baseball player, coach, and college athletics administrator. He served as the head football coach at the University of Southern Mississippi from 1937 to 1948, compiling a record of 59–20–4. Green's winning percentage of .735 is the best of and head coach in the history of the Southern Miss Golden Eagles football program. Born in Leakesville, Mississippi, he attended the University of Southern Mississippi from 1930 until 1933 and lettered on the football, basketball, and baseball teams. He became the head coach of Southern Miss when Allison Pooley Hubert left to become the head coach at Virginia Military Institute. Green became the athletic director at Southern Miss in 1949 and held that position until 1973. He was inducted into the Mississippi Sports Hall of Fame in 1966. Green died in 2002.

Other Resources About Reed Green

What Schools Are Affiliated With Reed Green?

Reed Green is affiliated with the following schools: