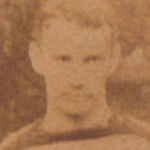 Why Is Reginald Innes Pocock Influential?

According to Wikipedia, Reginald Innes Pocock F.R.S. was a British zoologist. Pocock was born in Clifton, Bristol, the fourth son of Rev. Nicholas Pocock and Edith Prichard. He began showing interest in natural history at St. Edward's School, Oxford. He received tutoring in zoology from Sir Edward Poulton, and was allowed to explore comparative anatomy at the Oxford Museum. He studied biology and geology at University College, Bristol, under Conwy Lloyd Morgan and William Johnson Sollas. In 1885, he became an assistant at the Natural History Museum, and worked in the section of entomology for a year. He was put in charge of the collections of Arachnida and Myriapoda. He was also given the task to arrange the British birds collections, in the course of which he developed a lasting interest in ornithology. The 200 papers he published in his 18 years at the museum soon brought him recognition as an authority on Arachnida and Myriapoda; he described between 300 and 400 species of millipedes alone, and also described the scorpion genus Brachistosternus. In 1929, he proposed the family Nandiniidae, with the genus Nandinia as its sole member. He argued that it differs from the Aeluroidea by the structure and shape of its ear canal and mastoid part of the temporal bone.

Other Resources About Reginald Innes Pocock

What Schools Are Affiliated With Reginald Innes Pocock?

Reginald Innes Pocock is affiliated with the following schools: