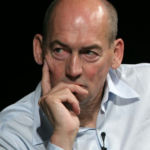 Why Is Rem Koolhaas Influential?

Considered to be one of the most innovative and influential architects of our time, Koolhaas is the author of Delirious New York: A Retroactive Manifesto for Manhattan and S, M, L, XL, which he wrote with Bruce Mau, Jennifer Sigler, and Hans Werlemann. He has been a proponent of the “Program”, which is an ethos that suggests that form follows function. Koolhaas worked to include surprising functional elements to his designs, such as when he attempted to add units for the homeless into the Seattle Central Library project.

With offices now in Rotterdam, New York and Beijing, Koolhaas is still actively engaged in urban design and architecture. His current projects include new buildings for the Central China Television Headquarters, public buildings in Qatar, a science center for HafenCity in Germany, and the Shenzhen Stock Exchange.

In 2000, Koolhaas was awarded the Pritzker Prize. He was honored with the Golden Lion of the Venice Biennale of Architecture for lifetime achievement in 2010, and in 2018, France honored him as Commander of the Ordre des Arts et des Lettres.

According to Wikipedia, Remment Lucas Koolhaas is a Dutch architect, architectural theorist, urbanist and Professor in Practice of Architecture and Urban Design at the Graduate School of Design at Harvard University. He is often cited as a representative of Deconstructivism and is the author of Delirious New York: A Retroactive Manifesto for Manhattan.

Other Resources About Rem Koolhaas

What Schools Are Affiliated With Rem Koolhaas?

Rem Koolhaas is affiliated with the following schools:

What Are Rem Koolhaas's Academic Contributions?

Rem Koolhaas has made the following academic contributions: