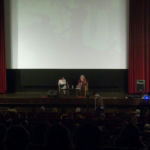 Why Is Renata Salecl Influential?

According to Wikipedia, Renata Salecl is a Slovene philosopher, sociologist and legal theorist. She is a senior researcher at the Institute of Criminology, Faculty of Law at the University of Ljubljana, and holds a professorship at Birkbeck College, University of London. She has been a visiting professor at London School of Economics, lecturing on the topic of emotions and law. Every year she lectures at Benjamin N. Cardozo School of Law , on Psychoanalysis and Law, and she has also been teaching courses on neuroscience and law. Since 2012 she has been visiting professor at the Department of Social Science, Heath and Medicine at King's College London. Her books have been translated into fifteen languages. In 2017, she was elected as a member of the Slovene Academy of Science.

Other Resources About Renata Salecl

What Schools Are Affiliated With Renata Salecl?

Renata Salecl is affiliated with the following schools: