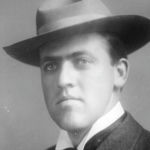 Why Is Rex Beach Influential?

According to Wikipedia, Rex Ellingwood Beach was an American novelist, playwright, and Olympic water polo player. Early life Rex Beach was born in Atwood, Michigan, but moved to Tampa, Florida, with his family where his father was growing fruit trees. Beach studied at Rollins College, Florida , the Chicago College of Law , and Kent College of Law, Chicago . In 1900 he was drawn to Alaska at the time of the Klondike Gold Rush.

Other Resources About Rex Beach

What Schools Are Affiliated With Rex Beach?

Rex Beach is affiliated with the following schools:

What Are Rex Beach's Academic Contributions?

Rex Beach has made the following academic contributions: