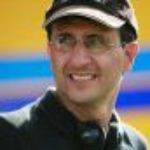 Why Is Rich Christiano Influential?

According to Wikipedia, Rich Christiano is an American filmmaker, who has directed, produced and written many Christian films. He owns Christiano Film Group, co-founded Five & Two Pictures and founded ChristianMovies.com in 1997. He is also the twin brother of Dave Christiano.

Other Resources About Rich Christiano

What Schools Are Affiliated With Rich Christiano?

Rich Christiano is affiliated with the following schools: