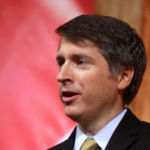 Why Is Rich Lowry Influential?

According to Wikipedia, Richard Lowry is an American writer who is the former editor and now editor-in-chief of National Review, an American conservative news and opinion magazine. Lowry became editor of National Review in 1997 when selected by its founder, William F. Buckley, Jr., to lead the magazine. Lowry is also a syndicated columnist, author, and political analyst who is a frequent guest on NBC News and Meet the Press. His most recent book, The Case for Nationalism: How It Made Us Powerful, United, and Free, was released in 2019.

Other Resources About Rich Lowry

What Schools Are Affiliated With Rich Lowry?

Rich Lowry is affiliated with the following schools: