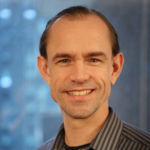 Why Is Rich Swingle Influential?

According to Wikipedia, Rich Swingle is an American film actor, screenwriter and stage actor. He also is a Freedom Finder for Graceworks Inc. and teaches at the Rocky Mountain Christian Filmmaking Camp. After growing up on a farm in Medford, Oregon, he went on to study at George Fox University, Gordon–Conwell Theological Seminary and Hunter College, ultimately receiving a master's degree from the latter. He has appeared in numerous films, including A Christmas Snow, Indescribable, Alone yet Not Alone and Beyond the Mask, and he is well known for his one-man theatre acts.

Other Resources About Rich Swingle

What Schools Are Affiliated With Rich Swingle?

Rich Swingle is affiliated with the following schools: