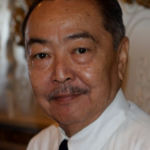 Why Is Richard Aoki Influential?

According to Wikipedia, Richard Masato Aoki was an American educator and college counselor, best known as a civil rights activist and early member of the Black Panther Party. He joined the early Black Panther Party and was eventually promoted to the position of Field Marshal. Although there were several Asian Americans in the Black Panther Party, Aoki was the only one to have a formal leadership position. Following Aoki's death, the Federal Bureau of Investigation's records on him were obtained through the Freedom of Information Act, showing that, over a period of 15 years, he had been an informant for the government.

Other Resources About Richard Aoki

What Schools Are Affiliated With Richard Aoki?

Richard Aoki is affiliated with the following schools: