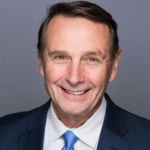 Why Is Richard Borer Influential?

According to Wikipedia, H. Richard Borer is a former American politician and current nonprofit executive. He was mayor of West Haven, Connecticut 1991–2005. Early on in his tenure as mayor, Borer inherited a financial crisis in the city that ultimately resulted in the State of Connecticut taking direct control over the local budget. As part of his turn around efforts, Borer reduced the size of the city's payroll by instituting layoffs in the Public Works Department. He was also the force behind forcing West Haven's long time political boss, Harold Allen from his position of power.

Other Resources About Richard Borer

What Schools Are Affiliated With Richard Borer?

Richard Borer is affiliated with the following schools: