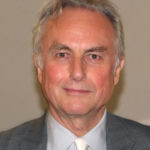 Why Is Richard Dawkins Influential?

Areas of Specialization: Urban and Media Anthropology
Richard Dawkins is an emeritus fellow of New College, Oxford and former University of Oxford’s Professor for Public Understanding of Science, but he is best known for his work in evolutionary biology. He studied zoology at Balliol College, Oxford, earning a bachelor’s degree, MA, and PhD.

Dawkins is a pioneer in the role of genes in evolution. His most well-known book, The Selfish Gene, is an examination of how genetics drive evolutionary change. He also coined the term meme in this book, to describe the behavioral equivalent of a gene. A meme, he felt, reflected a cultural touchpoint that, once assumed in popular culture, continued to evolve and change as it passed from one person to another.

In 2006, he published The God Delusion, a book in which he challenges religiosity and its infiltration into government and politics. In his view, children should be taught comparative religion in school without bias, enabling them to draw their own conclusions about religion based on evidence and critical assessment. He is an opponent of the teaching of intelligent design in schools, which he considers a compromise to give oxygen to creationism.

An outspoken atheist, Dawkins has also criticized pseudoscience and alternative medicines. In 2012, a group of ichthyologists from Sri Lanka honored him with a new genus name, Dawkinsia, in recognition of his achievements in evolutionary biology.

According to Wikipedia, Richard Dawkins is a British evolutionary biologist and author. He is an emeritus fellow of New College, Oxford, and was Professor for Public Understanding of Science in the University of Oxford from 1995 to 2008. An atheist, he is well known for his criticism of creationism and intelligent design.

Other Resources About Richard Dawkins

What Schools Are Affiliated With Richard Dawkins?

Richard Dawkins is affiliated with the following schools:

What Are Richard Dawkins's Academic Contributions?

Richard Dawkins has made the following academic contributions: