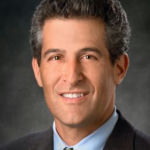 Why Is Richard E. Besser Influential?

According to Wikipedia, Richard E. Besser is an American doctor and executive who has served as president and CEO of the Robert Wood Johnson Foundation since April 2017. Besser served as the acting director of the Centers for Disease Control and Prevention and the Agency for Toxic Substances and Disease Registry from January to June 2009. He was ABC News' former chief health and medical editor.

Other Resources About Richard E. Besser

What Schools Are Affiliated With Richard E. Besser?

Richard E. Besser is affiliated with the following schools: