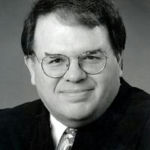 Why Is Richard J. Leon Influential?

According to Wikipedia, Richard J. Leon is a Senior United States District Judge of the United States District Court for the District of Columbia. Early life and education Leon was born in South Natick, Massachusetts, in 1949. He is the son of Silvano B. Leon and Rita M. Leon, née O'Rorke. His paternal grandparents were immigrants from Portugal who settled in Framingham, Massachusetts. He received his Bachelor of Arts degree from College of the Holy Cross in 1971, where he played varsity lacrosse and was a classmate of future Supreme Court Associate Justice Clarence Thomas. He received his Juris Doctor from Suffolk University Law School in 1974.

Other Resources About Richard J. Leon

What Schools Are Affiliated With Richard J. Leon?

Richard J. Leon is affiliated with the following schools: