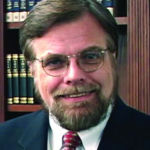 According to Wikipedia, Richard Linwood Pratt Jr. is an American theologian, author, and founder and President of Third Millennium Ministries. Third Millennium was launched in response to the lack of training of Christian leaders around the world. Third Millennium recognizes where the church is growing the fastest, those Christian leaders have the least amount of training. Pratt personally witnessed this in the 1980s as he traveled for missions. Helping the church worldwide has become his passion. He believes that any person that has the desire to learn more about the Bible should be given that opportunity in their own land, in their own language, and at no cost.

What Schools Are Affiliated With Richard L. Pratt Jr.?

Richard L. Pratt Jr. is affiliated with the following schools: