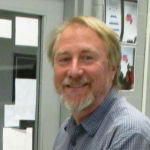 Why Is Richard Lenski Influential?

According to Wikipedia, Richard Eimer Lenski is an American evolutionary biologist, a MacArthur "genius" fellow, a Hannah Distinguished Professor of Microbial Ecology at Michigan State University, and a member of the National Academy of Sciences. Lenski is best known for his still ongoing -year-old long-term E. coli evolution experiment, which has been instrumental in understanding the core processes of evolution, including mutation rates, clonal interference, antibiotic resistance, the evolution of novel traits, and speciation. He is also well known for his pioneering work in studying evolution digitally using self-replicating organisms called Avida.

Other Resources About Richard Lenski

What Schools Are Affiliated With Richard Lenski?

Richard Lenski is affiliated with the following schools: