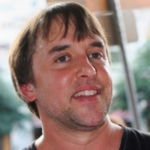 Why Is Richard Linklater Influential?

According to Wikipedia, Richard Stuart Linklater is an American film director, producer, and screenwriter. He is known for films that revolve mainly around suburban culture and the effects of the passage of time. His films include the comedies Slacker and Dazed and Confused ; the Before trilogy of romance films, Before Sunrise , Before Sunset , and Before Midnight ; the music-themed comedy School of Rock ; the animated films Waking Life and A Scanner Darkly ; the coming-of-age drama Boyhood ; and the comedy film Everybody Wants Some!! .

Other Resources About Richard Linklater

What Schools Are Affiliated With Richard Linklater?

Richard Linklater is affiliated with the following schools: