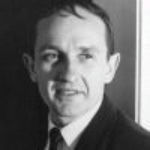 Why Is Richard Montague Influential?

According to Wikipedia, Richard Merritt Montague was an American mathematician and philosopher.Career At the University of California, Berkeley, Montague earned a B.A. in Philosophy in 1950, an M.A. in Mathematics in 1953, and a Ph.D. in Philosophy in 1957, the latter under the direction of the mathematician and logician Alfred Tarski. Montague, one of Tarski's most accomplished American students, spent his entire career teaching in the UCLA Department of Philosophy, where he supervised the dissertations of Nino Cocchiarella and Hans Kamp.

Other Resources About Richard Montague

What Schools Are Affiliated With Richard Montague?

Richard Montague is affiliated with the following schools: