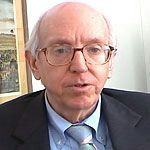 Why Is Richard Posner Influential?

Posner’s background in economics informs his legal philosophy. His legal career has included a clerkship for Justice William J. Brennan, of the United States Supreme Court, a position under Thurgood Marshall, who was at the time, Solicitor General of the United States Department of Justice. By 1981, he was nominated for a seat on the bench for the United States Court of Appeals for the Seventh Circuit, where he remained until 2017.

He has written extensively on law, economics, literature, legal history, and current events. He is typically viewed as a conservative judge, but his pragmatic viewpoints have led him to a moderate position on complex issues, including abortion, animal rights, the war on drugs, policing, public education, incarceration, and many others.

According to Wikipedia, Richard Allen Posner is an American jurist and law and economics scholar who served as a federal appellate judge on the U.S. Court of Appeals for the Seventh Circuit from 1981 to 2017. A senior lecturer at the University of Chicago Law School, Posner is a leading figure in the field of law and economics, and was identified by The Journal of Legal Studies as the most cited legal scholar of the 20th century. He is widely considered to be one of the most influential legal scholars in the United States.

Other Resources About Richard Posner

What Schools Are Affiliated With Richard Posner?

Richard Posner is affiliated with the following schools: