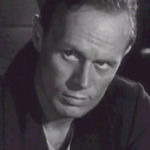 Why Is Richard Widmark Influential?

According to Wikipedia, Richard Weedt Widmark was an American film, stage, and television actor and producer. He was nominated for an Academy Award for his role as the villainous Tommy Udo in his debut film, Kiss of Death , for which he also won the Golden Globe Award for Most Promising Newcomer. Early in his career, Widmark was typecast in similar villainous or anti-hero roles in films noirss, but he later branched out into more heroic leading and supporting roles in Westerns, mainstream dramas, and horror films among others.

Other Resources About Richard Widmark

What Schools Are Affiliated With Richard Widmark?

Richard Widmark is affiliated with the following schools: