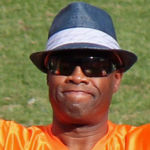 Why Is Rick Upchurch Influential?

According to Wikipedia, Richard Upchurch is an American former professional football player who was a wide receiver for the Denver Broncos of the National Football League . Before his NFL career, he attended Springfield High School in Holland, Ohio, and then played for Centerville Community College in Centerville, Iowa, and the University of Minnesota. In 2000, Upchurch was named one of the 300 best NFL players of all time.

Other Resources About Rick Upchurch

What Schools Are Affiliated With Rick Upchurch?

Rick Upchurch is affiliated with the following schools: