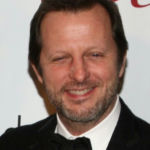 Why Is Rob Ashford Influential?

According to Wikipedia, Rob Ashford is an American stage director and choreographer. He is a Tony Award, Olivier Award, Emmy Award, Drama Desk Award, and Outer Critics Circle Award winner. Early life and education Born in Orlando, Florida and raised in Beckley, West Virginia, Ashford attended Washington and Lee University, Lexington, Virginia, in the pre-law program, graduating in 1982. He became interested in theatre with his work in the theatre department, and went on to study dance at Pittsburgh's Point Park University Conservatory of Performing Arts, graduating in 1983. He performed in the Pittsburgh theatre scene while in college, appearing with such companies as Pittsburgh Civic Light Opera. After graduation, Ashford moved to New York City, where he shared an apartment with friend and fellow choreographer Kathleen Marshall.

Other Resources About Rob Ashford

What Schools Are Affiliated With Rob Ashford?

Rob Ashford is affiliated with the following schools: