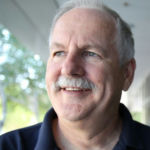 Why Is Rob Enderle Influential?

According to Wikipedia, Rob Enderle is an American technology analyst. Enderle has worked at several technology companies including EMS Development Company, ROLM Systems and IBM, before becoming a technology analyst. He began his analyst career at Dataquest, before helping to launch GiGa Information Group. After GiGa was acquired by Forrester Research, he worked at Forrester until leaving to found his own firm, the Enderle Group.

Other Resources About Rob Enderle

What Schools Are Affiliated With Rob Enderle?

Rob Enderle is affiliated with the following schools: