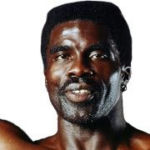 Why Is Robby Robinson Influential?

According to Wikipedia, Robby Robinson is an American former professional bodybuilder. Known early in his career as Robin Robinson, he is also known as The Black Prince and Mr Lifestyle. He won various competitions including Mr America, IFBB Mr. World, Mr Universe, Masters Olympia, and other titles of the International Federation of BodyBuilding & Fitness , and appeared in several films over a 27-year career as a professional bodybuilder, retiring from competition in 2001 at the age of 55.

Other Resources About Robby Robinson

What Schools Are Affiliated With Robby Robinson ?

Robby Robinson is affiliated with the following schools: