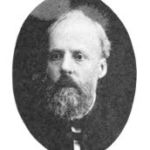 Why Is Robert Battey Influential?

According to Wikipedia, Robert Battey was an American physician who is known for pioneering a surgical procedure then called Battey's Operation and now termed radical oophorectomy . Biography Robert Battey was born in Augusta, Georgia to Cephas and Mary Agnes Magruder Battey. He was educated in Augusta and at Phillips Academy, Andover, Massachusetts. He graduated from Philadelphia College of Pharmacy in 1856. He went on to take courses at Jefferson Medical College, graduating in 1857. In the same year he studied at the Obstetrical Institute of Philadelphia gaining a diploma from the University of Pennsylvania. In 1859 he toured Ireland and also Great Britain, where he was introduced to the ovariotomist Thomas Spencer Wells.

Other Resources About Robert Battey

What Schools Are Affiliated With Robert Battey?

Robert Battey is affiliated with the following schools: