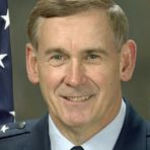 Why Is Robert C. Hinson Influential?

According to Wikipedia, Robert C. Hinson is a retired lieutenant general in the United States Air Force. Career Hinson originally enlisted in the Air Force before being commissioned an officer in 1971. From 1973 to 1977, he served as a Boeing B-52 Stratofortress co-pilot, aircraft commander and instructor pilot with the 97th Bombardment Wing at Blytheville Air Force Base, AR.

Other Resources About Robert C. Hinson

What Schools Are Affiliated With Robert C. Hinson?

Robert C. Hinson is affiliated with the following schools: