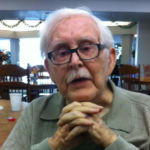 Why Is Robert E. Longacre Influential?

According to Wikipedia, Robert E. Longacre was an American linguist and missionary who worked on the Triqui language and a text-based theory and method of discourse analysis. He is well known for his seminal studies of discourse structure , but he also made significant contributions in other linguistic areas, especially the historical linguistics of Mixtec, Trique, and other related languages. His PhD was at the University of Pennsylvania under Zellig Harris and Henry Hoenigswald. His 1955 dissertation on Proto-Mixtecan was the first extensive linguistic reconstruction in Mesoamerican languages. This was one of several SIL studies which helped to establish the Oto-Manguean language family as being comparable in time depth to Proto-Indo-European. His research on Trique was the first documented case of a language with five distinct levels of tone.

Other Resources About Robert E. Longacre

What Schools Are Affiliated With Robert E. Longacre?

Robert E. Longacre is affiliated with the following schools: