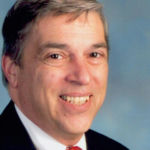 FBI agent who spied for Soviet and Russian intelligence services

Why Is Robert Hanssen Influential?

According to Wikipedia, Robert Philip Hanssen is an American former Federal Bureau of Investigation double agent who spied for Soviet and Russian intelligence services against the United States from 1979 to 2001. His espionage was described by the Department of Justice as "possibly the worst intelligence disaster in U.S. history." Hanssen is currently serving 15 consecutive life sentences without parole at ADX Florence, a federal supermax prison near Florence, Colorado.

Other Resources About Robert Hanssen

What Schools Are Affiliated With Robert Hanssen?

Robert Hanssen is affiliated with the following schools: