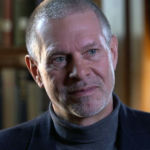 Why Is Robert Hazen Influential?

Areas of Specialization: Mineralogy
Robert Miller Hazen is an astrobiologist and mineralogist. He earned a B.S. and S.M. in earth science from the Massachusetts Institute of Technology and a Ph.D in mineralogy and crystallography from Harvard University. Hazen is currently the Clarence Robinson Professor of Earth Science at George Mason University and the Executive Director of the Deep Carbon Observatory, a global research study of the impacts of carbon. He is also a research scientist for the Carnegie Institution of Washington’s Geophysical Laboratory.

Hazen has spent much of his career collaborating with Larry Finger. Their partnership has produced significant contributions to the field of mineral physics, including the identification of more than a thousand crystal structures. By the 1990s, he felt that he had exhausted his questions about crystals and moved on to studying the chemical origins of life.

He is a fellow of the American Association for the Advancement of Science. He has had a new mineral named after him, hazenite, which was discovered by one of his protégés. He has been honored with the Roebling Medal and the Ipatieff Prize. The Mineralogical Society of America, of which he was formerly president, has recognized him with their Mineralogical Society of America Award and their Distinguished Public Service Medal.

According to Wikipedia, Robert Miller Hazen is an American mineralogist and astrobiologist. He is a research scientist at the Carnegie Institution of Washington's Geophysical Laboratory and Clarence Robinson Professor of Earth Science at George Mason University, in the United States. Hazen is the Executive Director of the Deep Carbon Observatory.

Other Resources About Robert Hazen

What Schools Are Affiliated With Robert Hazen?

Robert Hazen is affiliated with the following schools: