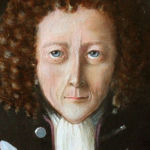 Why Is Robert Hooke Influential?

According to Wikipedia, Robert Hooke FRS was an English polymath active as a scientist and architect, who, using a microscope, was the first to visualize a micro-organism. An impoverished scientific inquirer in young adulthood, he found wealth and esteem by performing over half of the architectural surveys after London's great fire of 1666. Hooke was also a member of the Royal Society and since 1662 was its curator of experiments. Hooke was also Professor of Geometry at Gresham College.

Other Resources About Robert Hooke

What Schools Are Affiliated With Robert Hooke?

Robert Hooke is affiliated with the following schools:

What Are Robert Hooke's Academic Contributions?

Robert Hooke has made the following academic contributions: