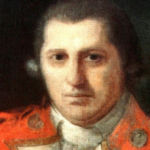 Why Is Robert Jacob Gordon Influential?

According to Wikipedia, Robert Jacob Gordon was a Dutch explorer, soldier, artist, naturalist and linguist of Scottish descent. Life Robert Jacob Gordon was the son of Maj. General Jacob Gordon of the Scots Brigade in the service of the Netherlands. Although of Scottish descent, Robert Gordon's allegiance and service lay with the Netherlands. He joined the Dutch Light Dragoons as a cadet in 1753 and enrolled at the University of Harderwijk in 1759. Here he studied in the humanities and soon proved to be of exceptional intelligence with diverse interests. He served at first with the Scots Brigade and later joined the Dutch East India Company, rising to the rank of colonel and commanding the Cape garrison between 1780 and 1795 and lived in the manor house known as Schoonder Sight. He went on more expeditions than any other 18th-century explorer of southern Africa. Of the six journeys he undertook, only four between 1777 and 1786 are covered by journals discovered in 1964. He was responsible for naming the Orange River, introducing Merino sheep to the Cape Colony and for the discovery of the remains of Bartolomeu Dias's padrão at Kwaaihoek in 1786. In addition to French, Dutch and English, he spoke the indigenous languages KhoeKhoe and Xhosa.

Other Resources About Robert Jacob Gordon

What Schools Are Affiliated With Robert Jacob Gordon?

Robert Jacob Gordon is affiliated with the following schools: