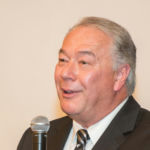 Why Is Robert King Wittman Influential?

According to Wikipedia, Robert King "Bob" Wittman is a highly decorated former Federal Bureau of Investigation special agent who was assigned to the Philadelphia Field Division from 1988 to 2008. Having trained in art, antiques, jewelry and gem identification, Wittman served as the FBI's "top investigator and coordinator in cases involving art theft and art fraud". During his 20 years with the FBI, Wittman helped recover more than $300 million worth of stolen art and cultural property, resulting in the prosecution and conviction of numerous individuals. In 2005, he was instrumental in the creation of the FBI's rapid deployment Art Crime Team . He was named the ACT's senior investigator and was responsible for instructing the newly formed team. He also was instrumental in the recovery of colonial North Carolina's copy of the original Bill of Rights in 2005, that had been stolen by a Union soldier in 1865. Wittman represented the United States around the world, conducting investigations and instructing international police and museums in recovery and security techniques. After 20 years with the FBI working against art theft, he worked as an art security consultant for the private sector. In 2010, Wittman published his memoir Priceless which recounts his career and activities while working for the FBI as an undercover agent.

Other Resources About Robert King Wittman

What Schools Are Affiliated With Robert King Wittman?

Robert King Wittman is affiliated with the following schools: