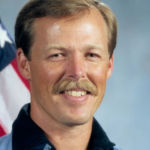 Why Is Robert L. Gibson Influential?

According to Wikipedia, Robert Lee "Hoot" Gibson , , is a former American naval officer and aviator, test pilot, and aeronautical engineer. A retired NASA astronaut, he also served as Chief of the Astronaut Office from 1992 to 1994. Today Gibson is active as a professional pilot, racing regularly at the annual Reno Air Races. He was inducted into the U.S. Astronaut Hall of Fame in 2003 and the National Aviation Hall of Fame in 2013, and has received several military decorations throughout his career.

Other Resources About Robert L. Gibson

What Schools Are Affiliated With Robert L. Gibson?

Robert L. Gibson is affiliated with the following schools: