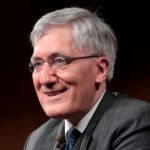 Why Is Robert P. George Influential?

Areas of Specialization: Philosophy of Law, Constitutional Interpretation, Civil Liberties, Law and Religion
Notable conservative American legal scholar Robert P. George currently holds the titles there of McCormick Professor of Jurisprudence and Director of the James Madison Program in American Ideals and Institutions. He has a varied educational background. He completed his undergraduate education at Swarthmore College, earned his JD at Harvard Law School, and earned a master of theological studies at the Harvard Divinity School. He also earned several advanced degrees at the University of Oxford.

George was never a lawyer, but is a highly influential legal scholar and philosopher. He began his academic career at Princeton University in 1985 and quickly became tenure-track. Currently he is also a visiting professor of the Harvard Law School, and a senior fellow of the Witherspoon Institute. His work and teaching are primarily focused on civil liberties, constitutional interpretation, and the philosophy of law.

Though now recognized as one of the most influential Christian conservative voices in the country, if not the world, George actually began his career as a member of the American Democratic party. George is generally credited with creating the “theoconservative” movement, and weaving it into the platform of the Republican party. Causes that he has pushed for include anti-abortion measures, anti-human trafficking, combatting anti-semitism in Europe, and urging hotel chains and other business not to offer pornography for customers. He founded the American Priniciples Project, a think tank based on his ideas, and once was the chairman of the National Organization for Marriage, which opposes same-sex rights. George is personally Catholic.

For his work, Robert P. George has received numerous awards and honors, including the Presidential Citizens Medal, the Canterbury Medal of the Becket Fund for Religious Liberty, and the Irving Kristol Award of the American Enterprise Institute. He also holds 19 honorary degrees.

According to Wikipedia, Robert Peter George is an American legal scholar, political philosopher, and public intellectual who serves as the sixth McCormick Professor of Jurisprudence and Director of the James Madison Program in American Ideals and Institutions at Princeton University. He lectures on constitutional interpretation, civil liberties, philosophy of law, and political philosophy. A Catholic, George is considered one of the country's leading conservative intellectuals.

Other Resources About Robert P. George

What Schools Are Affiliated With Robert P. George?

Robert P. George is affiliated with the following schools:

Robert P. George has made the following academic contributions: