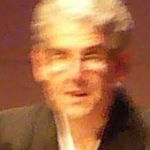 Why Is Robert Reed Influential?

According to Wikipedia, Robert David Reed is a Hugo Award-winning American science fiction author. He has a Bachelor of Science in Biology from the Nebraska Wesleyan University. Reed is an "extraordinarily prolific" genre short-fiction writer with "Alone" being his 200th professional sale. His work regularly appears in Asimov's, Fantasy & Science Fiction, and Sci Fiction. He has also published eleven novels. , Reed lived in Lincoln, Nebraska with his wife and daughter.

Other Resources About Robert Reed

What Schools Are Affiliated With Robert Reed ?

Robert Reed is affiliated with the following schools:

Robert Reed has made the following academic contributions: