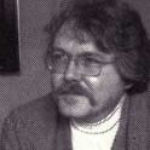 Why Is Robert Shea Influential?

According to Wikipedia, Robert Joseph Shea was an American novelist and former journalist best known as co-author with Robert Anton Wilson of the science fantasy trilogy Illuminatus! It became a cult success and was later turned into a marathon-length stage show put on at the British National Theatre and elsewhere. In 1986 it won the Prometheus Hall of Fame Award. Shea went on to write several action novels based in exotic historical settings.

Other Resources About Robert Shea

What Schools Are Affiliated With Robert Shea?

Robert Shea is affiliated with the following schools:

What Are Robert Shea's Academic Contributions?

Robert Shea has made the following academic contributions: