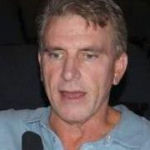 Why Is Robert Stromberg Influential?

According to Wikipedia, Robert Stromberg is an American special effects artist, designer and filmmaker. Stromberg's credits include films such as James Cameron's Avatar, Tim Burton's Alice in Wonderland, and Sam Raimi's Oz the Great and Powerful, the former two earning him Academy Award wins for Best Art Direction. He made his directorial debut with the 2014 Disney film Maleficent, a re-imagining of the iconic Disney villain. DiscussingFilm reported that he joined as a production designer for Doctor Strange in the Multiverse of Madness.

Other Resources About Robert Stromberg

What Schools Are Affiliated With Robert Stromberg?

Robert Stromberg is affiliated with the following schools: