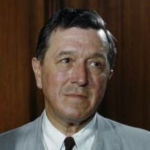 Why Is Robert W. Woodruff Influential?

According to Wikipedia, Robert Winship Woodruff was an American businessman who served as the president of The Coca-Cola Company from 1923 until 1985. With a large net worth, he was also a major philanthropist, and many educational and cultural landmarks in the U.S. city of Atlanta, Georgia, bear his name. Included among these are the Woodruff Arts Center, Woodruff Park, and the Robert W. Woodruff Library.

Other Resources About Robert W. Woodruff

What Schools Are Affiliated With Robert W. Woodruff?

Robert W. Woodruff is affiliated with the following schools: