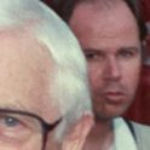 Why Is Robert Wise Influential?

According to Wikipedia, Robert Earl Wise was an American film director, producer, and editor. He won the Academy Awards for Best Director and Best Picture for his musical films West Side Story and The Sound of Music . He was also nominated for Best Film Editing for Citizen Kane and directed and produced The Sand Pebbles , which was nominated for Best Picture.

Other Resources About Robert Wise

What Schools Are Affiliated With Robert Wise?

Robert Wise is affiliated with the following schools: