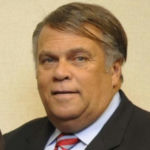 Why Is Robin Christiansen Influential?

According to Wikipedia, Robin R. Christiansen is an American politician currently serving as the mayor of Dover, Delaware. He was elected mayor in a special election on June 17, 2014, and took office on June 25, 2014. Christiansen had previously served on the city council of Dover from 1983 to 2001, serving as council president and vice mayor from 1990 to 2001.

Other Resources About Robin Christiansen

What Schools Are Affiliated With Robin Christiansen?

Robin Christiansen is affiliated with the following schools: