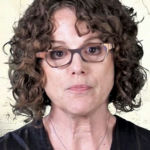 Why Is Robin DiAngelo Influential?

According to Wikipedia, Robin Jeanne DiAngelo is an American author working in the fields of critical discourse analysis and whiteness studies. She formerly served as a tenured professor of multicultural education at Westfield State University and is currently an affiliate associate professor of education at the University of Washington. She is known for her work pertaining to "white fragility", an expression she coined in 2011 and explored further in a 2018 book entitled White Fragility: Why It's So Hard for White People to Talk About Racism.

Other Resources About Robin DiAngelo

What Schools Are Affiliated With Robin DiAngelo?

Robin DiAngelo is affiliated with the following schools:

What Are Robin DiAngelo's Academic Contributions?

Robin DiAngelo has made the following academic contributions: