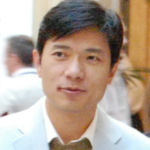 Why Is Robin Li Influential?

According to Wikipedia, Robin Li Yanhong is a Chinese software engineer and billionaire internet entrepreneur. He is the co-founder of the search engine Baidu. He has a net worth of US$14.7 billion as of April 2021. Li studied information management at Peking University and computer science at the University at Buffalo. In 1996, he created RankDex, the first web search engine with page-ranking and site-scoring algorithms. In 2000, he founded Baidu with Eric Xu. Li has been CEO of Baidu since January 2004. The company was listed on NASDAQ on August 5, 2005. Li was included as one of the 15 Asian Scientists To Watch by Asian Scientist Magazine on 15 May 2011.

Other Resources About Robin Li

What Schools Are Affiliated With Robin Li?

Robin Li is affiliated with the following schools: