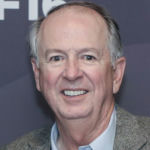 Why Is Rod Canion Influential?

According to Wikipedia, Joseph Rodney "Rod" Canion is an American computer scientist and businessman who co-founded Compaq Computer Corporation in 1982 and served as its first President and CEO. Biography A native of Houston, Canion graduated from the University of Houston in 1966 and 1968 with bachelor's and master's degrees in electrical engineering with an emphasis on computer science. Before co-founding Compaq in 1982, Canion, Jim Harris and Bill Murto had been senior managers at Texas Instruments. The three co-founders received backing from venture capitalist Benjamin M. Rosen, who became chairman of the board of Compaq.

Other Resources About Rod Canion

What Schools Are Affiliated With Rod Canion?

Rod Canion is affiliated with the following schools: