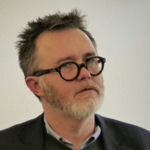 Why Is Rod Dreher Influential?

According to Wikipedia, Raymond Oliver Dreher Jr. , known as Rod Dreher, is an American writer and editor. He is a senior editor and blogger at The American Conservative and author of several books, including How Dante Can Save Your Life, The Benedict Option, and Live Not by Lies. He has written about religion, politics, film, and culture in National Review and National Review Online, The Weekly Standard, The Wall Street Journal, Touchstone, Men's Health, the Los Angeles Times, and other publications.

Other Resources About Rod Dreher

What Schools Are Affiliated With Rod Dreher?

Rod Dreher is affiliated with the following schools:

What Are Rod Dreher's Academic Contributions?

Rod Dreher has made the following academic contributions: