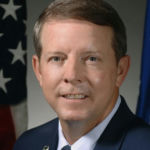 Chief Master Sergeant of the USAF

Why Is Rodney J. McKinley Influential?

According to Wikipedia, Rodney J. McKinley is a retired airman of the United States Air Force who served as the 15th Chief Master Sergeant of the Air Force from 2006 to 2009. Military career McKinley grew up in Mt. Orab, Ohio, graduating from Western Brown High School in 1974. He originally entered the United States Air Force in 1974, took a break in service in 1977 to attend college, and re-entered the Air Force in 1982. His background includes various duties in medical and aircraft maintenance, and as a first sergeant and Command Chief Master Sergeant at wing, numbered air force and major command levels. His assignments include bases in North Carolina, South Carolina, Oklahoma, Virginia, Alaska, and Hawaii. He also served overseas in the Philippines, Italy and Germany, and deployed to Southwest Asia in support of operations Enduring Freedom and Iraqi Freedom.

Other Resources About Rodney J. McKinley

What Schools Are Affiliated With Rodney J. McKinley?

Rodney J. McKinley is affiliated with the following schools: